Mesh of a Curve

This entry will cover the function of both displaying the wireframe of a curve solid over the solid view.  This makes it easier to adjust the level of detail or resolution in the mesh of the curve.

For this example, we'll start with a curve solid that is generated by assigning a circle curve as the bevel to a the standard bezier curve.  Extrude along Curve 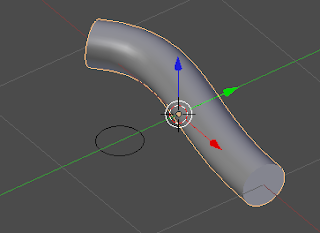 The first feature we'll cover is displaying the wireframe overlayed on the solid view.  This can simply be done by checking the wire box in the Display section of the Object panel. 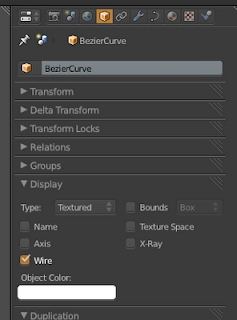 When this is checked you should see the view below.  The solid, but now with the wireframe.  If the curve were converted to a mesh at this stage, this is what the mesh would look like. 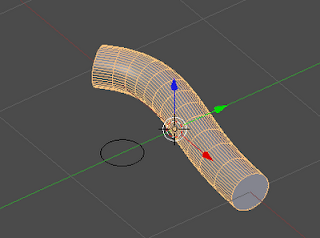 This now allows us to be able to manipulate the notional mesh fidelity using the Resolution values on the Curve Panel in the Shape section. 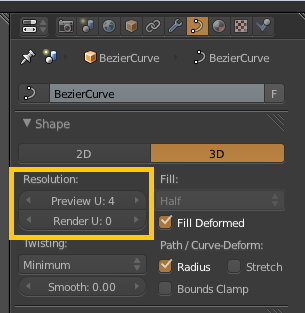 Notice how when the resolution is reduced to 4, there are now only 4 segments that make up the curve, hence it has less detail. 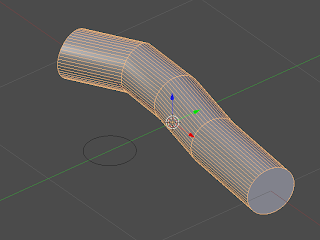 If we now select the circle curve which represents the thickness of the curve, if we once again adjust the resolution, now the number of segments that make up the circle is reduced, and we have a much lower-poly curve than with the original 12 values. 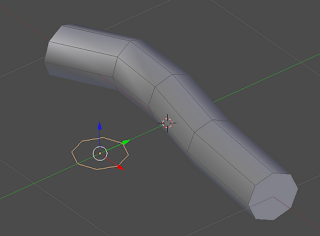 At this point, the curve could be converted to a mesh if desired using the [Alt+C] command

Email ThisBlogThis!Share to TwitterShare to FacebookShare to Pinterest
Labels: Curve